In order to prevent the Enguri HPP from overloading and maintain an optimal balance, a short-term contract was signed between the Electricity Market Operator (ESCO) of Georgia and “Inter RAO”. According to this contract, in March 2019, to cover the deficit, 45 million kWh of electricity will be delivered to occupied Abkhazia, which is 20% of the annual consumption of occupied Abkhazia.

The region will receive the electricity through the Salkhino Transmission Line, which is part of the Georgian Energy System.

According to the Ministry of Economy and Sustainable Development of Georgia, "Since the consumption of electricity in Abkhazia has grown, the Georgian government has periodically used such mechanism to balance the consumption deficit in Abkhazia. It is noteworthy that about 60% of the electricity produced by the Enguri HPP in 2018 was delivered to the controlled territory of Georgia, 40% was delivered to occupied Abkhazia, which is the best approach.” 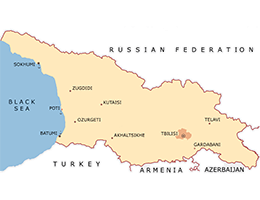